A Peak into Stone 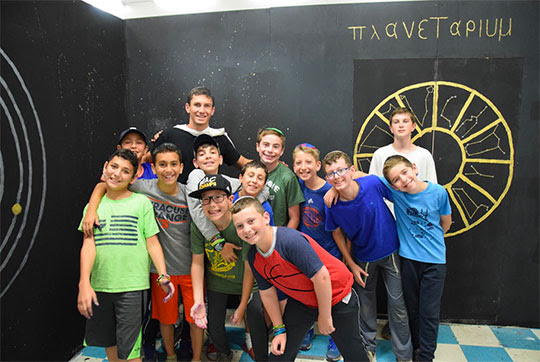 A Peak into Stone

This month at Camp Stone, we explored nearly a thousand years of Jewish History, from the building of the first Beit haMikdash around 830 BCE until just before the destruction of the second Beit haMikdash in 70 CE. The campers got off the buses and joined Shlomo haMelech in the project of building and dedicating the first Beit haMikdash. The campers followed Bnei Yisrael through the ups and downs of the Jewish kingdom in Israel as they tried to build a Mamlechet Kohanim, an ideal or “priestly” society. They met leaders like Yoravam, Rechavam, Eliyahu, and more. They destroyed idols with Yoshiyahu, and ate a special “korban pesach” treat on the Lina! While the Beit haMikdash was being rebuilt they saw Mordechai refuse to bow to Haman, and celebrated the Jews’ victory with a Purim party (with hamantaschen!). Alexander the Great conquered Judea and we all followed him in his conquests at the Chutz and eventually returned to Jerusalem, bringing back Hellenistic culture. This led to conflict with the Chashmonaim and eventually the battle of Chanukah, followed by a big capture the flag style search for oil followed by the lighting of the menorah. The next week we crowned Aristobulus the Kohen Gadol as king and entered the period of Chashmonai rule. This quickly led to tension in Jewish society, and there was only one way to battle it out: COLOR WAR!! Team Chashmonaim vs. Team Chachamim!! Prior to camp’s end, we will still experience Herod and the Romans taking over, and Rav Yochanan Ben Zakkai’s request for Yavneh, ushering in the period of Torah SheBa’al Peh!! 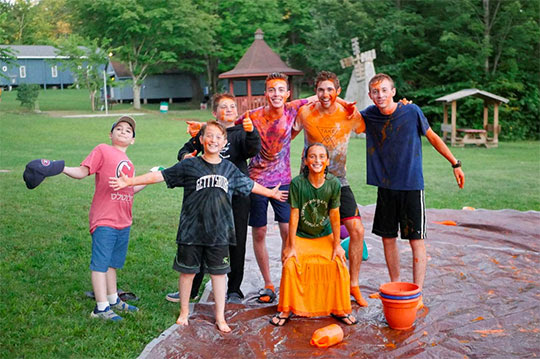 The Village is our experiential education center here in Camp Stone. This session, the Village revolved around the Mediterranean city of Tyre, a port city steeped in Greek and Roman culture. Tyre was famous for manufacturing tekhelet dye, which the campers learned about in the process of dyeing their own aprons similar to that of the Kohen Gadol. Campers also encountered Greek and Roman culture through the Greek symposium, where campers played games and performed the formal drink-mixing ritual; the Roman bathhouse, an immersive sauna bathing experience integral to ancient civilization; and Archimedes engineering, where campers discovered Archimedes’ principles of physics using pulleys, water screws, and buoyancy tests. In the planetarium, campers sketched zodiac constellations after discussing their secular and Talmudic significance. In glassblowing and blacksmithing, campers bent metal and pressed glass to fabricate their own mixed-material chanukiah.

What an amazing experience for chanichim and tzevet alike! See you next summer Moshevet Stone! 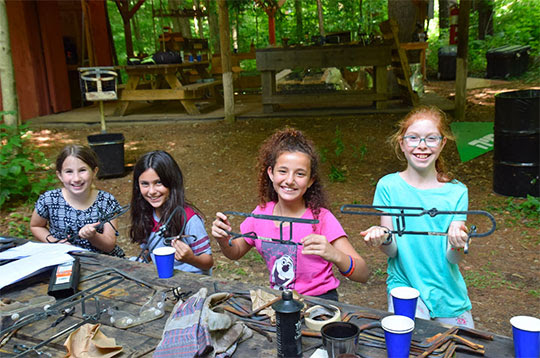