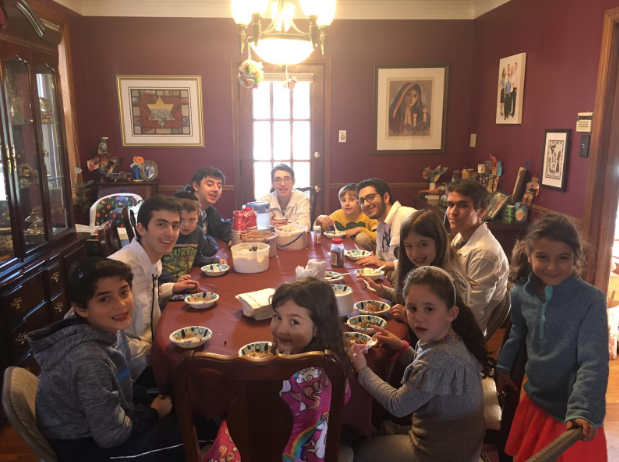 This past week for Parsha Lech Lecha, all of the Bnei Akiva sniffim from BANA did the same peulah. We decided to combine all the shvatim together and run our peulah with the entire snif. We started out with a Rock Paper Scissors tournament of epic proportions in which everyone went around playing Rock Paper Scissors with each other until we had an ultimate winner. Next, we played a couple games that taught the chanichim about the steps that Avraham had to take throughout the Parsha in order to become closer to Hashem and come to Eretz Yisrael. We learned that these struggles that Avraham went through allowed Eretz Yisrael to be given to Am Yisrael. We ended off by receiving super cool color changing cups (thanks BANA 😉

This past Shabbat, every Snif across North America had the same amazing peulah and gave away really cool cups. The peulah was called “Lech L’Snif,” which is a play on this week’s parsha’s name, Lech Lecha. The peulah was about Avram going to Israel and the connection we have with Israel now. The giveaway cups were really ‘cool’ since they turn from white to blue when cold water is poured in them. Pittsburgh also had extra special candy to give out to the chanichim. After Snif, we had a fun Chevraya Bet trivia game led by our Shaliach.

This past shabbos, Galil Chicago was honored with the opportunity to run a special snif along with all of the other sniffim in North America. Bnei Akiva across the country taught hundreds of chanichim about the magnitude and importance of journeying to Eretz Yisrael through experiencing Avraham’s journey from his former homeland to the future homeland of Am Yisrael. Chazal tell us that the actions of our forefathers are lessons for us today; the lessons we learn from Avraham’s aliyah to Eretz Yisrael is of the utmost importance for our generation today. How amazing it is that all of Bnei Akiva North America joined together in our respective places to teach our chanichim important Jewish values that Avraham’s journey embodies. Rav Yisachar Shlomo Teichtal explains in Eim Ha’Banim Smeicha that achdut is the national state of geula and dispersion is the national state of galut. This past snif reaffirms BANA’s efficiency of a grass roots movement and our goal of uniting Am Yisrael in Eretz Yisrael, al pi Torat Yisrael.