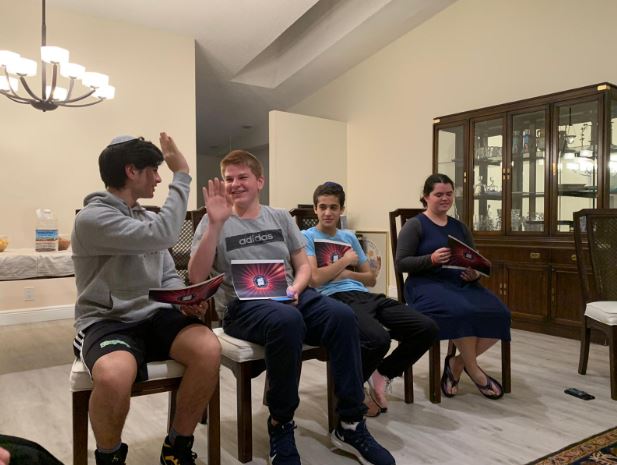 This past Motzie Shabbos the Boca and Boca west snifim had the amazing oppurtunity of hearing from Josh Girnun. Josh Girnun is part of the Bnei Akiva Dream Team and travels around the world to help Madrichim. We started with an activity that showed us what we represent as Bnei Akiva and Madrichim. He also showed us what our job is as Madrichim and how to act as a role model for our chanichim. The event was a total success and the  Boca and Boca west Madrichim can’t wait to get back to Snif.

This past Sunday, we learned how to be an effective madrich from Josh Girnun, a member of the dream team.

We first were split into two groups and we had to make a dance based on a group of images. We then had to learn the dance from the other group and reenact their dance. We found that it was easier and more fun to create the dance than it was to learn the dance from the other group. This taught us the value of having the chanichim feel that they created something rather than just teaching them how to play a game. We shouldn’t just teach to the chanichim, but we should have them create something in order for them to learn about a specific message or idea.

We then discussed what it means to be a madrich and the impact that a madrich has on the lives of their chanichim. It might not seem like it, but a madrich has a huge impact and it’s up to them whether that impact is positive or negative depending on how they lead their snif. A madrich is so effective because he makes mistakes and learns with the chanichim how to be a good madrich.

At the end of the activity, we went over a few scenarios that might occur during snif, and how to go about the scenario when things go wrong. Most importantly, we learned to always stay calm even when everything in your snif goes wrong. If the madrichim are calm and happy during a time when everything goes wrong, then it changes the entire mood of how the snif goes.