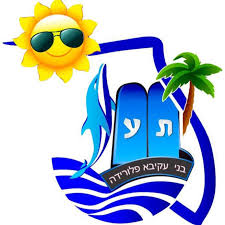 Along with Young Israel of Hollywood and Bnai Sephardim, Bnei Akiva hosted a very moving and uplifting Tekes Yom Hazicaron and yom haatzmaut. It was the first ever zoom ceremony (and hopefully the last because we would much rather celebrate in person). Senior roshim, shinshinim, Avi Frier, and Rav James collaborated to create a personable production, which ran similarly to previous programs in shul.

The program began with Rabbi Weinstock delivering a few words followed by the lowering of the flag to commemorate all those who gave their lives for Medinat Yisrael. Rav Shai Ovadia lit a memorial candle in their honor.

Avi Frier instructed us all to go outside and honk our horns in unison to display our solidarity with the lost lives for the perseverance of the state of Israel. It was a very moving experience to stand outside in Hollywood and feel the connection that we have with Israel during this moment of silence. Following, Rabbi Fine recited Yizkor. A video was presented that was created by Galia Palmer, Andrew Galitzer, and the shinshinim on Roey Granitza. Yaffa Shekhter recited the prayer for the IDF, and Rabbi Freiberg recited the prayer for the state of Israel. We were then lucky to have Rachelle Fraenkel to address our community from her backyard.

Moving onto the Yom Haatzmaut part of the ceremony, the flag was raised by Moshe Amar. Readings by Yair Lapid of “I am a Zionist” were read by Moshe Amar, Batsheva Shekhter, and I. Just because we could not hold a daglanut dance in person as we do every year, the Bnei Akiva of Hollywood tzevet performed the new version of daglanut virtually put together by Matan. To conclude the ceremony, a video of Israeli soldiers was presented along with the Hatikvah. Following the Tekes, a kahoot game on questions about Israel was held with over 40 members playing with lots of excitement.