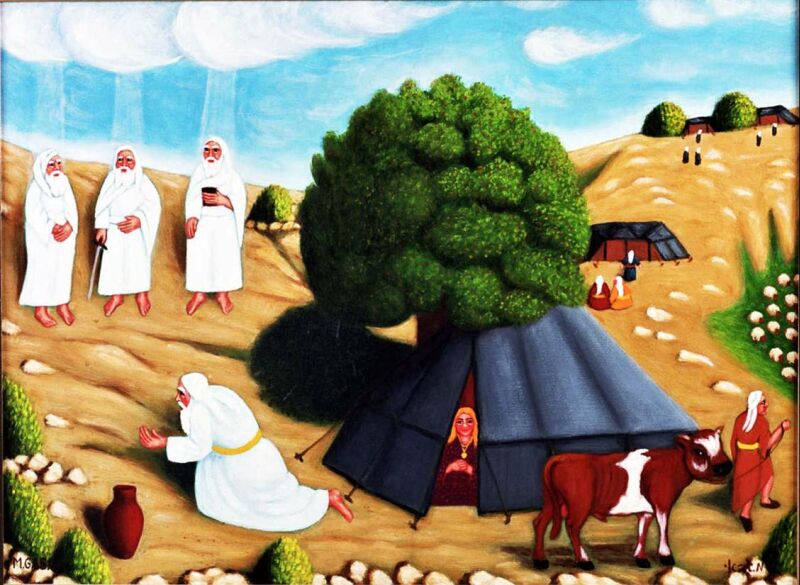 What an amazing scene! Avraham is 100 years old, just had his brit mila, and is sitting outside of his tent in the extreme temperatures. Why is he outside of his tent and not lying in the shade? We learn that he was looking for guests, for an opportunity to do chessed. This is something that is so ingrained in his neshama that he can’t take a break, even when there are good reasons to rest.

We know that he sees 3 men in the distance, and he ran out to greet them. He cooked meat for them, served them cakes and so much more. Little did he know that through this act of hospitality, he brought a special blessing on his family. These “ordinary” men turned out to be melachim, who came to deliver the best news – Sarah would have a baby next year.

This last question is troubling because it appears that Avraham’s hospitality with the melachim  is the reason that he and Sarah would have a baby. But we recall from last week’s Parsha that Avraham had already been promised a son. So why did he put in so much effort at such a difficult time for him?

The Sfat Emet teaches us a very important lesson. He likens a promise to potential. Potential is something that could be feasible, that can and should happen, but must have the proper tools used to manifest in our world. For example: a seed. Seeds have the potential to grow and flourish but for that to happen they must be planted in the ground, watered, have sunlight, etc.

So too is the promise of the birth of Yitzhak that Avraham received last week. It was a promise made of pure potential, waiting for the correct time to become a new baby in our world. If Avraham hadn’t run to do chessed, this potential would have had no place to take root. By his outstanding action of hospitality, despite the heat and his physical pain, Avraham was able to manifest Hashem’s promise of a son, despite his old age.

A second idea we learn from these pasukim is that Avraham’s hospitality occurred at the opening (petach) of his tent. As Chaza”l teach, “Open up for me an opening like the eye of a needle and in turn I will enlarge it to be an opening through which wagons can enter”. We learn it is up to us to nurture potential and do our part and in turn, Hashem will fulfill His promises and continue to bless us.