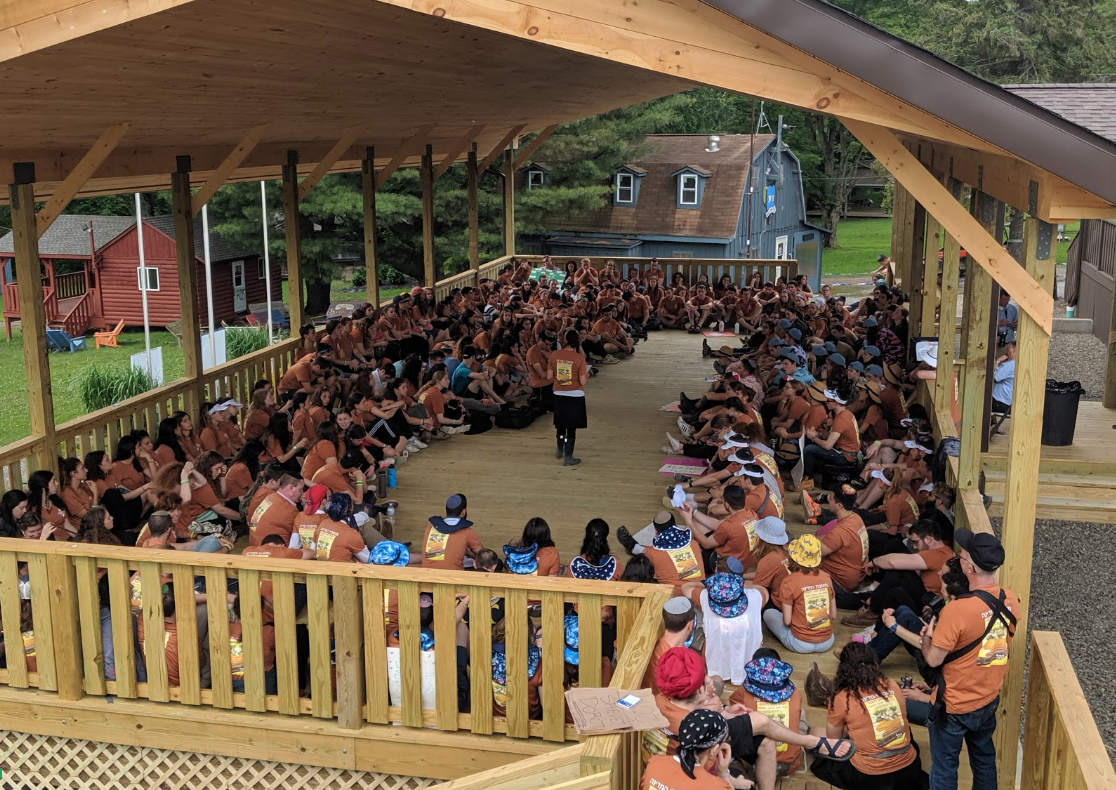 The year 2019 marks Camp Stone’s 50th Anniversary. Whether you were there our first summer of 1969 or you are experiencing Camp Stone for your first time in 2019, you will certainly feel the excitement of celebrating this tremendous milestone with us!

As part of Moshevet Medina, this month we explored 30 years of Israeli history from 1948-1978. As the campers got off the buses, they were confronted with the early considerations of the state including water purification, international relations, and mass immigration.

We covered the onset of the 6 day war, beginning with the preemptive strike on the Egyptian air force and culminating with a shofar blast and the proud declaration of “Har Habayit B’Yadeinu.” We discussed the 1961 Eichmann trial and explored how the modern state relates to the Holocaust. We also covered the Yom Kippur War, with a Yom Kippur atmosphere void of leather shoes and filled with special tunes in our morning tefillah. That day, the campers experienced the outbreak of war in 1973 as staff members, acting as Israeli soldiers, were asked to suddenly leave and join their fellow troops in battle.

This month will, ultimately, conclude with a portrayal of the Camp David Accords of 1978 between Anwar Sadat and Menachem Begin. We hope our campers will return home with a deepened understanding and appreciation for Israel’s short but proud history.